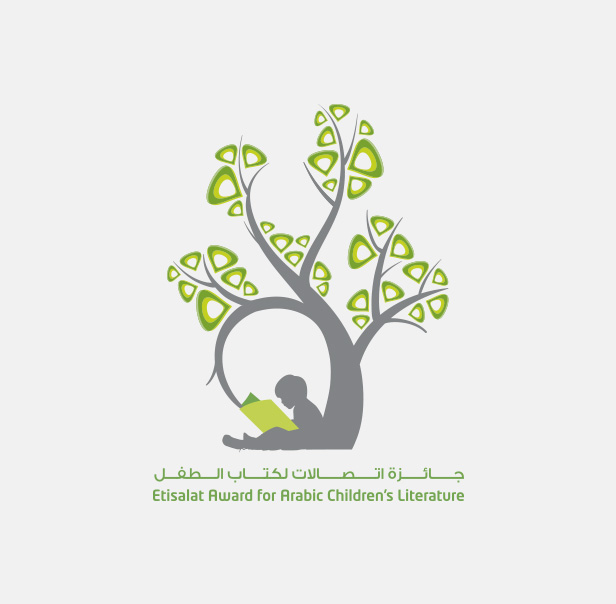 The Etisalat Award for Arabic Children’s literature was launched in 2009. It aims to provide an incentive for publishers, authors, and illustrators to publish Arabic children’s books and apps that are of the highest quality in both form and content. It is one of the richest awards of its kind in the world and is considered among the most important literary awards for children’s literature in the Arab region.

With the launch of its fifth edition in 2013, the Award begins an exciting new chapter in its history. The Award has widened its scope to include young adult fiction and added new 5 categories in order to highlight the individual achievements of writers, illustrators and publishers.

The value of the Award increased from AED 1 million to become AED 1.2 million, distributed across 6 different categories.

In 2021, another new chapter is written. The Award is restructured one more time into 4 new fixed categories plus the 5th variable category to serve even larger segment of the publishing industry and thereby encourage more publishers, authors and illustrators to play a role in developing the Arabic children's book sector. The value of the Award stayed AED 1.2 million, distributed across the total of 5 different categories.

Founded in 1976, Emirates Telecommunication Corporation (Etisalat) provides telecommunication services in the UAE, and is one of the Middle East’s leading providers of telecom services, media and equipment.

Etisalat is recognized as a telecom leader,, offering various telecommunication services such as fixed lines, mobile and Internet services across the UAE, helping make it one of the most advanced countries in the world in the telecoms sector.

Etisalat was ranked among the top 140 companies in the world in terms of market capitalization by the Financial Times. It also came in 6th among the top 100 companies in the Middle East in terms of revenues and market capitalization, according to the London-based The Middle East Magazine. It is currently one of the largest contributors to the Federal Budget, and is an award-winning socially responsible corporation.

The UAE Board on Books for Young People (UAEBBY)

The UAEBBY was officially established as a non-profit, non-governmental organisation on January 1, 2010, following IBBY’s approval of the United Arab Emirates as a member. This was a direct result of the efforts of Bodour Al Qasimi, Founder/CEO of Kalimat Publishing House and Patron of the UAEBBY.

The UAEBBY aims to develop the children's book industry in the UAE, to promote a reading culture among children and to further build the capacities and capabilities of practitioners in the field of children’s literature.

Be the first to receive Etisalat Award updates